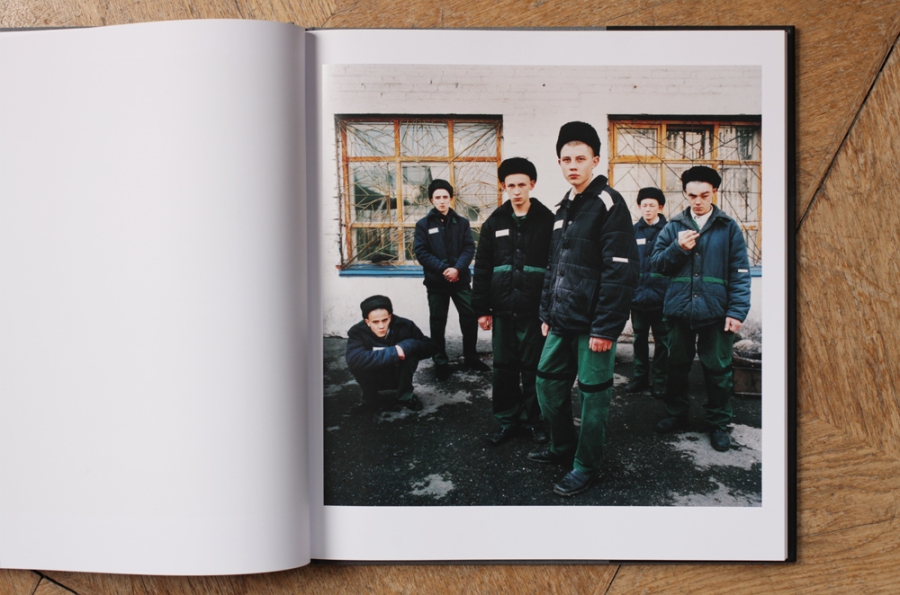 On July 18th, 2011, the man I was in love with was admitted to rehab in a small town, north of the city. Something like two hours away by train. He was picked up by a car from the center, and sincerely, even if I suppose I could have brought him there, I had no motivation to, you know, give my farewell, there, in that place, when I would have had to return to the city alone. I was imagining some 20th century asylum, one of these austere sanatoriums made of red bricks, settled at the edge of the wood, the kind that were frightening, the tuberculars lined up on the South-facing porches. The kind that would frighten me. Now, I don’t even remember that day, if he left in the morning, or if it was later, if we had breakfast together at my place, maybe on the balcony. But then I had a friend staying with me that week, someone from back home, J., I think you know him. So maybe that’s why I don’t remember that day.

J. and I took a train to visit him. July and it was raining. The day was wonderful though. We had brought sausages and one of these mini traveling BBQs I’ve only ever come across in this city, and we found an abandoned school with a covered patio in the back of the gymnasium and we set up the sweetest bonfire, drank beer, told stories. Such a special day. And we never saw the institution.

The next day, J. left the city, and my apartment was empty again.

On the morning of July 23rd, so the day after, very early in the morning, it must have been 4 am. My bedroom was already bathed by the first light but the street lanterns were still on—you know that time when the blues and the oranges interweave split and layer and the birds promptly begin their shrilly chatting. And my windows were open. And suddenly, I woke up. The noises were faint. I rose, opened my bedroom door, then opened the front door. Then the blaze. The heat grabbed me by the neck, indomitable, it was like some impossible headscarf scorching my face I couldn’t breathe my eyes burnt I slammed the door.

I closed that door fucking violently, and then I placed, maybe there were some coats I found, I don’t remember, right at the bottom of the door, and I closed my own door, the windows, finally I called the firemen. And they showed up extremely quickly. I was standing by the window and I saw when they broke the massive front door of the building and how this thick cloud of smoke was swallowed by the street and then the firemen threw themselves at the building while these white ribbons were rolling out from the trucks. It was completely uncanny. And I was waving at them and they were giving me these gestures, like, don’t open the windows, you know their hands flat out in front of them, then cutting the air like cutting a neck.

I packed my negatives and hard drives right after the call I made to the firemen. But then you know, being able to see these guys working, really, in such a relaxed process, I thought that I would be fine. Something about the fact that this building had been built in maybe 1880 and that it had seen both wars, you know. This fire seemed anecdotal almost. Maybe for a minute I thought that I would lose my stuff and that I would have to jump from the window, but the feeling disappeared quickly.

I was just mesmerized by the situation, some sort of farce staged right under me, with too many men in costumes entering that hidden stage, to be barfed out moments later, covered in black. I knew they would eventually come and pick me up. And they did. I don’t know how long all of that lasted.

At some point I heard banging and I opened the door and two firemen were standing there. Without exchanging words with me they each grabbed one of my arms, lifting me, and they marched down the blackened stairs while others were pouring in to access the next floors. Finally I was outside and I remember this very thin rain, how people were out in the street, walking, riding their bicycles, sitting in cafes, their words bursting apart before making any sense, everything proceeding so absurdly slow leaving these wet ghostly trails behind. I could no longer even believe that all of that meant nothing.

The whole day from there is completely wrapped in this loud cloth of blur. I remember that I came back to the apartment and the smell was just evil. I got lost in the morning walking the streets. Anywhere I’d go there was this constant murmur stalking me and then in a slap, I would see myself re-opening the door to this smoldering hole. Over and over again.

Then I called him and I told him about the fire and I said I am taking the first train to see you. And I just left the city with what I was wearing. That night he tucked me away in his room so nobody would know I was here, and in that insipid dorm I remember we had a fight. It was terrifying. I remember thinking that this was really an asylum, waiting to devour me at the first limping attempt I would make to prove that this was all just a mistake, obviously some mis-communication, and that I was not, in fact crazy. 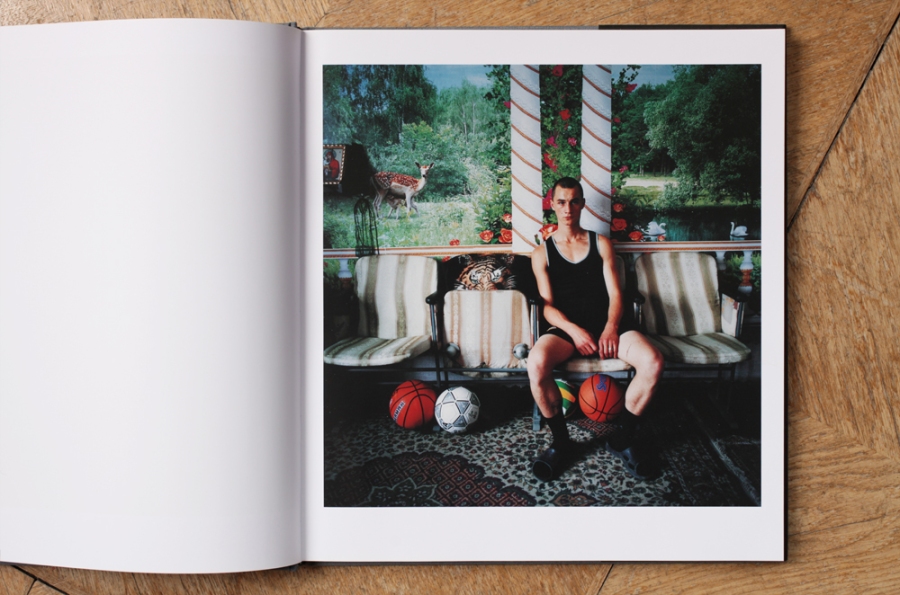 I eventually fell asleep from thrashing around the insufficient dimensions of his bed. In the morning I caught him licking my bruises and we fucked so we wouldn’t have to argue again.

Although the premises weren’t enclosed, there were curfews and a flock of men willing to enforce them, and of course a no-visitor policy, which obviously, we broke on his fourth day.

And with the flush we had poured on our faces with sex, we snuck out of his room. And then we fled. We ran until the clinic had disappeared and until the forest had swallowed us completely. There, the trees, the tranquility, there were no more submerging spaces, no more reasons to recall the fire nor why we were here. The day was tossing its warmth, summer finally.

And everything was just so light, the walk, the kissing. Eventually we reached the lake and there was this sailing boat and pedal boat park held by a man with middle-age manners and a particularly ancient attire, dirty fuzzy tattoos crawling up his arms.

We rented a pedal boat, shaped like a swan, bright white, elegant, ridiculous and flanked with a problematic direction. We were nothing but laughs and kisses. Pedaling in circles, making bets, recalling secrets. The swan-by-the-hour knocked the whole afternoon and when, mostly starving we thought that our sunburns had plenty surveyed that lake, we parked the bird and walked back to the clinic.

Six weeks went by and then he called to say that he was leaving rehab. His decision. He was firm but his words were spitted, just to abuse the ones that would come with his next sentence. I knew he had been hurt so much there. It was so much earlier than scheduled and I didn’t say anything, I didn’t ask. I was too excited to see him.

That very morning I made the post using Michal’s photograph. Yes, mostly because of the swans painted in the background, as if they would have solely sustained the memories of his time in rehab and of that day I came to visit him. The sublime of a day rendered by absurd buoyancy.

And you know, that reminds me of this interview with Michal and her husband I read earlier, and how he was disconcerted by how these walls had been painted. Brightly colored bucolic sceneries, unreal in their comfort. I remember he wrote something like, it was sad, that if you were in prison, and that you had to look at some sailboats, that maybe it was better to look at gray walls instead, as to not think about the lakes and the forests that you were missing. I thought that was absolutely preposterous.

In the post, right below Michal’s photograph, I quoted Marguerite Duras, from “Hiroshima mon Amour”: You are destroying me. You are good for me.

Ten days later, on September 7th, in the morning I cut my right thumb while cleaning that porcelain jug.

Nerve cut, eight stitches, no more feeling on that whole upper part of my finger. You see, all of that, and summer wasn’t over yet. And, oddly, my flight home was September 21st.

Three months ago, I was contacted by A. She wanted to meet and discuss a show she is putting together for the fall. So we met for a coffee. I really don’t know her that well so it was lovely to chat. It’s actually pretty likely that I’ll be in that show. Anyway, the next day, she sends me an invitation about this collector’s open house taking place that Sunday, suggesting we go together. I had nothing planned, I accepted.

The house was such a mad fortress, imagine if Walt Disney on LSD had conceived a Second World War bunker which insides would be bustling with art. And there, on the third floor, were two framed photographs by Michal.

The next day, I received an e-mail from S. She mentioned that she had received Michal’s book “Sailboats and Swans” and was wondering if I’d be interested in writing an essay about it. The photograph on the cover of that book was the one I had seen at that collector’s house.

Going to buy this book? Support the Art Book Review and purchase here.