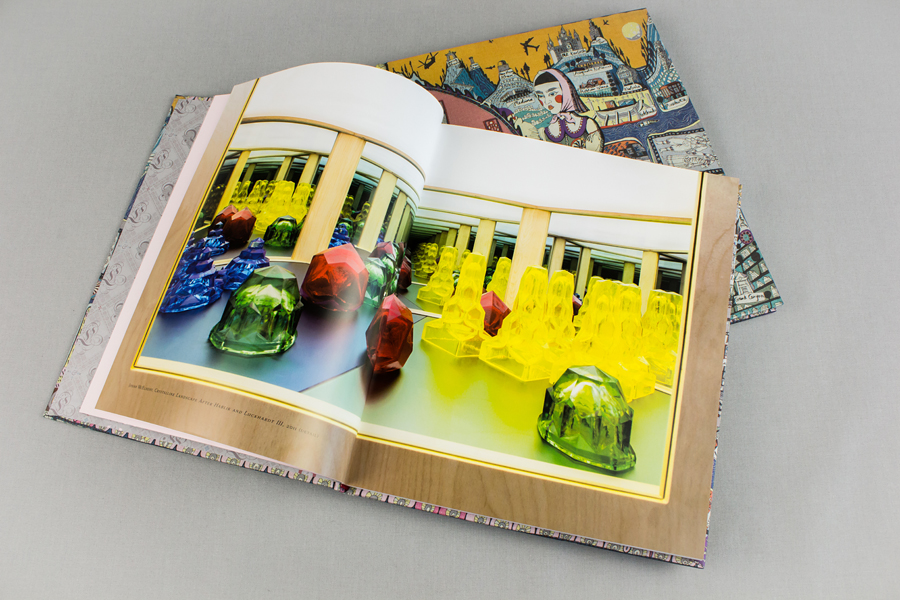 History has not yet provided us a name to blanket the years we face.

Thomas Carlyle reflected in 1831 that “The Old has passed away, but alas, the New appears not in its stead; the Time is still in pangs of travail with the New,” there seems still a kindred spirit in our own 21st century collective consciousness. Carlyle was coming from an era that burst and bustled with railroads, steam engines, and factories. England cast away its pastoral past and rapidly industrialized. Looking behind us, there seems stability in the phrase “Industrial Revolution,” as if the years that fall into this designated bracket were as neatly packaged as they were experienced. Time and technology are messy, jolting, and occasionally dramatic, then as now.

Published in accompaniment to the Santa Barbara Museum of Art’s exhibition of the same name, Labour & Wait places renewed purpose on the value of hand-made artworks and patient labor that so guided the lives of early 19th century craftsmen.

Editor and curator Julie Joyce asks, if tendencies toward the handcrafted are merely a reaction to the threat of technological supremacy? How do we reconcile our reliance on technology with our desire to maintain a sense of authenticity and individuality?

Allison Smith’s Stockpile (2011-13), assemblages modern replications of colonial objects—chairs, desks, and dressers—all made in mostly post-colonial countries and shipped to the US. In doing so she points toward what Joyce calls “a form of colonialism reenacted in the present,” and unveils the conquest of consumer desire for the handmade over exploitive labor practice. Grayson Perry combats tradition with the contemporary by producing artisanal ceramic works that bear modern satirical themes. With a self-referential quality and a twist of irony, You Are Here (2011) parodies the museum-going public with speech bubbles telling their reasons for attending an exhibition. One patron remarks, “It is almost a spiritual experience,” while another admits, “It’s the kind of thing people like me to go see.” Rick Swallow hand-carves his Sleeping Range (2002) out of wood with such precision that the hard surface appears uncannily like a soft material suitable for sleeping, just as the title suggests. The ‘mummy bag’s’ abundance of folds and creases are indexical of the body, yet absent of any presence. The tone then shifts from one of comfort to death and departure, showing perhaps the preservation of past memory in our modern minds.

But while these artists look back longingly over their shoulders to a time bygone, still their art is colored with the fingerprints of contemporary hands. These collected works stand suspended between past and present, unsure whether to keep running forward, or take a step back.