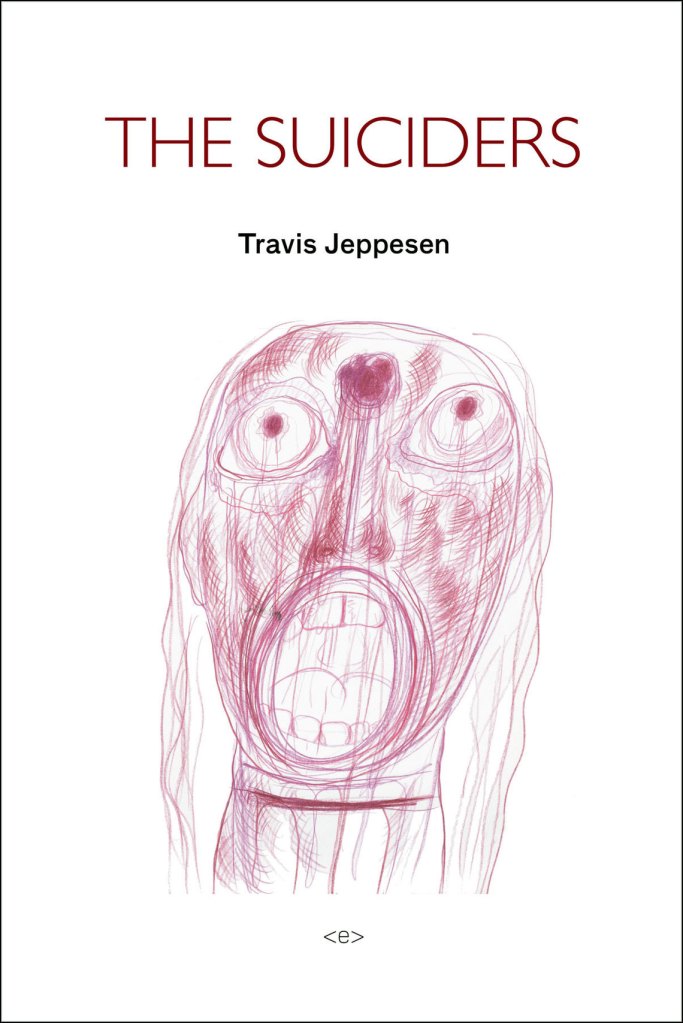 A chatty parrot named Jesus H. Christ accompanies his owners—a group of transgressive teenagers called The Suiciders—on a road trip through America, the Other America, and to the coup de grâce of their suicide pact.

Sentences stacked on sentences that usually have little to do with what precedes or follows. Usually quite funny, but the humor is removed. A book like an attacking wave of words, irritating complacent understanding. Perhaps that’s a good thing, though it doesn’t lend itself to an easy read.

Almost immediately the names of the main characters change, continuously shifting throughout with multiple names either used at once or they all share names. Names don’t matter. Here, the individual doesn’t matter. They are always a group, rapidly losing and gaining members. Learn their names, but they change in a sentence, so go ahead and forget them immediately.

I wanted the book to be over, I wanted to reach the destination, I did not care about the unpleasant ride. But I understood that the destination didn’t matter. I felt that most of the words didn’t matter. Interesting impactful sentences scatter among the many banal and because of that, skipping ahead is impossible. There is pleasure in those moments. The banal has a function: poetry. I wonder if there was any editing.

Another moment of pleasure/shock/interest came when all of a sudden a paragraph made sense as a paragraph and was sometimes followed by more sensical paragraphs. I wondered if I had lost myself and the book had taken me in and we now shared the same voice and way of understanding. That wasn’t the case. The writing style often shifts without notice, but when it is noticeable it can be shocking, a real moment of fear.

This book is understandable because we are given the idea of a road trip as an armature to lay the sentences on. The sentences have outgrown it, but the armature and how we understand that armature remain. It made me think about what we expect from road trip stories: criminal-youths-crossing-the-country stories. It made me think about the New Testament in those terms; at moments I was convinced this story was a supersaturated sexually violent retelling of the Gospels. Kind of like a fan fiction. I am hesitant to say that confidently because it is a difficult book to try to comprehend.

This book most resembles an honest attempt to write a different kind of story, with a focus that seemed foreign, an attempt at changing the consciousness of the reader.  The depravity is a style, an affect, a way to set the mood and understand how the book should feel. The depravity is not the point, the point isn’t to shock, and in fact it isn’t shocking. This is a story about wandering, having no reference, constant reincarnation, infinite interchangeability. This book is about how the idea of a self is a lie. Teen angst forever. I often wondered if the author was laughing as he wrote this, it’s not funny but it might be fun to write.